“One more…” Swaran tells me, as we look up at several gigantic snow-covered mounds in the distance.

“One more?” I ask skeptically. He’s already said this twice, and we don’t seem to be getting any closer to a lake. I’m starting to believe this magical lake is a myth, propagated by local trekking companies to encourage tourism to what appears to be an empty ski slope.

“I promise you, the lake is just beyond…”

“Yes, one more hill, really this time…” he says seriously, his eyes twinkling.

I decide to wait a bit before moving onward. There is one main path through the snow, and at the moment, a never-ending line of Indian youth trekkers are occupying it. I see their matching camo backpacks, obviously standard issue from the company they chose to entrust their lives with, as the line snakes up and over “one more hill”.

Suddenly, emanating from the top of the hill, I hear a scream – a high-pitched shriek of terror from a young girl. I try to find the source of the noise, probably a good 400 metres away, and I see the girl. She is trying to get her footing on the icy path, but can’t.

Her friend grabs her hand to try and stabilize her, but then the friend also slips. It’s like watching a slow-motion video of an accident, where everyone knows what the outcome will be, and still nobody can take their eyes off of the screen.

The first girl wipes out and lands on her stomach on the slippery path, dragging the friend down with her. Then, amidst a flurry of shouting and scrambling, she starts to slide down the hill, gaining speed with every second.

The line of trekkers ahead of me are so closely packed together, one right behind the other, and the path is so narrow, that there is no room for anyone to move out of the way. The two prone trekkers start to take out everyone behind them, and soon at least ten people are piled on top of each other and sliding down as one perfect unit.

Everyone with me at the bottom of the hill watches, transfixed, at the action on top of the mountain, as the world’s coldest and most traumatic game of dominoes unfolds before us.

Why am I here?

I moved to Manali at the beginning of May 2019 because I had fallen in love with the Himalayas after ascending Annapurna Base Camp in Nepal a few years earlier. Northern India was supposed to have similarly beautiful routes, and I was excited to discover a less touristy, more remote version of Himalayan trekking.

With the goal of doing one 3 or 4-day trek every weekend of my two-month stay, I contacted several different tour operators in the area. I ended up choosing Hippie in Hills, a small local outfit of rugged outdoor professionals. They were the cheapest company by far, and they promised to keep me posted if other groups signed up for a weekend trek, as it would drastically lower my costs to join another group than to trek solo.

And that is how I found myself on a 3-day trek up to Bhrigu Lake on a sunny Friday morning, joining five friends working in IT in New Delhi on their weekend trip in the mountains.

I’m packed into a Jeep with the guides and all of the equipment for our trip. As our departure was early, and I am not at all a morning person, I pass out immediately in the backseat as soon as we hit traffic and start moving at a glacial pace.

We arrive at the starting point for the trek, hours later, and I roll myself out of the vehicle, sloth-style. 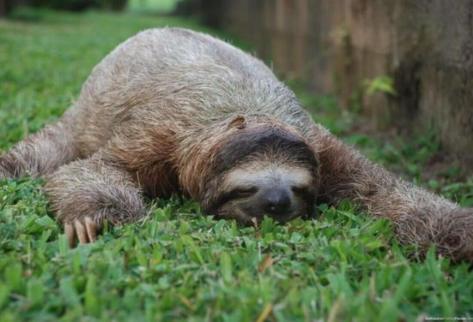 I meet the other five members of the group, whose trip I’m essentially hijacking, and then we set off.

This first day is almost laughably easy. We walk up and down gently sloping hills and grassy fields for the first hour before stopping for an early lunch. In the car, one of the guides, Gaurav, who had also done some trekking in Nepal said that this was on par with Annapurna Base Camp in terms of difficulty. I almost shat myself when he told me that. I found ABC to be one of the most difficult treks I’d ever done, and that was when I was training and doing conditioning workouts regularly.

Since I had arrived in Manali, I hadn’t done a single workout, and it had taken me weeks to acclimatize to the high altitude, so even walking felt difficult and tiresome. And especially since I was joining a group of friends on their adventure, I didn’t want to be the weakest link, slowing down the group with my turtle-esque walking speed. 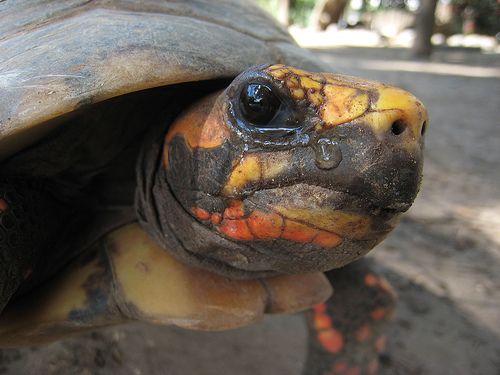 I had nothing to worry about, though. The Delhi group is chilled out, taking their time and stopping frequently to take photos and look around. Meanwhile, I’m crushing those grassy fields!

I’m basically a professional athlete, this mountain’s too easy! 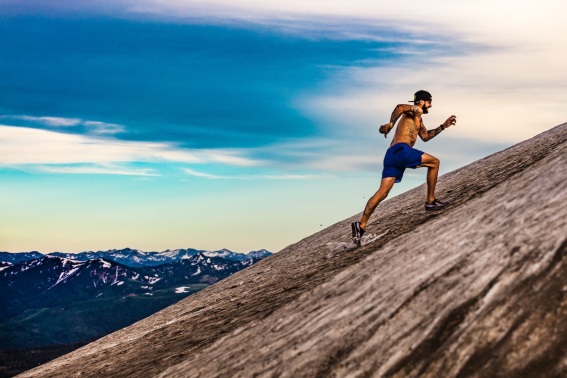 “I need a harder mountain, cuz I’m too strong!”

We only do 3-4 hours on that first day, and we get to our site by mid-afternoon. I sit on a rock in my winter parka with a cup of hot chai, writing some thoughts down in my journal and watching the sunset turn the sky a radiant golden-orange and then a soft pink.

We are woken shortly after first light with a gentle shaking of our tent flap and the serving of hot chai. I am sharing a tent with Rohini, the only other girl in the group, and we are still mostly unconscious. The night had been surprisingly frigid, and although I had put on every single item of clothing I brought with me and packed myself into a thick sleeping bag, I still hadn’t slept amazingly.

But after breakfast, some chai, and a good stretch, I am ready to go. We’ll be sleeping at this same site tonight, so there’s no need to pack anything up or carry equipment.

The six of us follow Swaran out of the site and out onto the next grassy hill. From the top of the hill, we can see a clear delineation between where the grass ends and the snow begins.

Swaran points to the smooth, white hills beyond. “In May, the snow starts to melt. But it won’t be fully melted til June or July…”

I hadn’t realized we’d basically be snowshoeing, but I had been looking for adventure. So here we are… 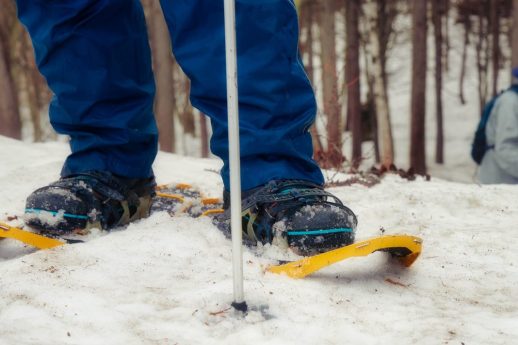 “Ready for a leisurely stroll in the woods!”

Swaran gives us gaiters, waterproof garments that cover the ends of our pants and tops of our shoes so that snow and mud don’t get inside. We suit up and then start the journey across the snow.

The first couple of hours are slow-moving. The snow is melting, so it’s mostly turned to slush on the footpath and has mixed with the mud to make a slippery, disgusting brownish-grey stew that’s hard to walk through. We have also caught up to the group that started out well before us, and there is only a narrow pathway up the snow, so we have to slow our pace down behind them.

Swaran had mentioned that other trekking companies run large-scale tours, often for groups from Delhi. Some of them had never seen snow before and most had never been trekking before. The company that was running the trip for the group ahead of us had clearly not warned their participants about what was needed for the trek, nor had they provided them with proper gear. Some of these trekkers, who looked like high school or college-age students, were in running shoes and flimsy track pants that were already soaked in mud and snow by the first hour of the ascent.

“So, like, is this okay for a three-day trek in a blizzard?”

The hike up these first few hills is exhausting, not because of its difficulty, but because the route is slippery, and the teens are slow. I keep a safe distance behind them because about every ten minutes, like clockwork, one of the ill-prepared, running-shoes-clad kids in front of me completely wipes out and takes down at least one other person.

After a few hours of this, I turn to Swaran. “How much longer?” I ask.

I don’t want to be that whiny kid in the backseat of the car, but this hasn’t been fun for the last hour or so, and I’m eager to get to the top. 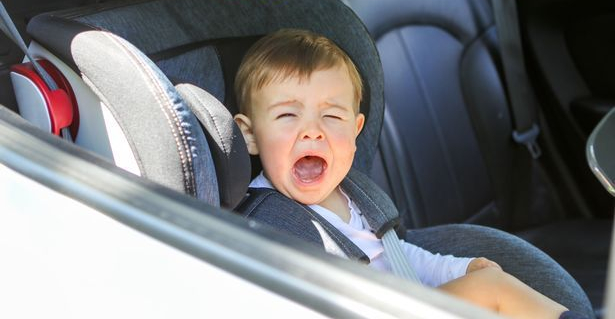 “Almost there…” he responds vaguely.

Alright… I can do this!

I stop to lace up my hiking boots and adjust the gaiters over them. The group with the matching backpacks and I continue our slow ascent. We’re almost at the top of a particularly slide-y slope, and I’m eager to get a better view of the rest of the hike. I’m thinking that maybe we’ll be able to see the lake from here as well.

I finally reach the top, where a giant cluster of trekkers have stopped to rest. They are transfixed with horror… and soon I see why.

Ahead of us is what appears to be a ski slope, minus the skiiers, the chairlift, and the sounds of joy. All I can see is a massive, vertical wall of snow, with no discernable path up or down.

He seems confused by my assertion.

“Yes, people can come here for skiing in the winter…”

“So where’s the chairlift?”

“How do skiiers get up?”

He is again confused by my question. “Just… up!” He imitates the motion of walking, in case I was confused about how humans normally perform walking.

“There’s no chairlift??? What about an elevator? An escalator? Anything???”

My stomach sinks, and I am instantly filled with dread… I’d signed up for a laidback trek in the forest, not a reverse ski trip, without the fun part of actually skiing.

I’m carrying a fairly heavy daypack, plus all of my camera equipment, and I’ll be hiking up a slide behind a line of terrified, clumsy teenagers wearing Converse’s.

“How many ski slopes do we need to climb?” I ask in despair.

“Uh…” Swaran looks out to the horizon, and hesitates before he answers.

*crying on the inside*

Growth through literature, poetry and creation.

the blue of the sky
Bettina Iris

A journey into the lightness of being

A Canadian photographer looking for inspiration and beauty in the world

Travel anecdotes and photos from my journeys abroad.

"Let me live, love and say it well in good sentences." - Sylvia Plath

Full of kimchi and spice.